Tech901 offers part-time web development and information security courses in Memphis, TN. Tech901 is a nonprofit school committed to building local tech talent in Memphis by equipping students with the foundational knowledge they need to enter and succeed in various roles by providing broad vocational skills training. Students will learn how to think algorithmically and solve problems efficiently without prior programming experience, as languages taught include C, PHP, JavaScript, SQL, CSS, and HTML. After completing a course with Tech901, students are eligible to gain different certifications like CompTIA Fundamentals and A+ to help them stand out when on the job search. IT professionals with certifications command better jobs, earn higher salaries, and have more open doors to new multi-industry opportunities, therefore Tech901 strives to equip students with the skills needed to pass certification exams and excel in their new tech career. 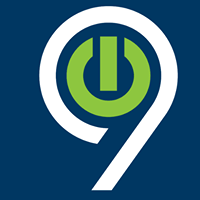 Complete this form to connect with Tech901