Kenzie Academy is a college alternative that offers a 1-year, full-time, project-based course in Software Engineering and UX Engineering online or in Indianapolis, Indiana. Students in the Software Engineering program will learn will learn HTML, CSS, JavaScript, React, and Python/Django and graduate as junior full-stack web developers. The UX program covers website design and research and front end coding. The curriculum was created by industry practitioners and designed to parallel today’s workplace. With the aim of mimicking a real career in technology, Kenzie students begin every day with a standup, work in virtual teams, and receive one-on-one mentorship. Beyond technical skills, Kenzie also teaches students the practical knowledge needed to thrive in today’s modern workforce. Designed around the modern student, Kenzie Academy is a college alternative that teaches learners of all ages – with little or no experience – the digital skills that lead directly to a new career in technology.

Kenzie Academy’s program is open to anyone interested in tech with no programming experience required. Prospective students should be familiar with web browsers and search engines and comfortable with symbolic reasoning. Kenzie is looking for people with the right attitude and aptitude for success.

With employer partners throughout the country, Kenzie directly connects graduates to in-demand jobs. Kenzie aims for graduates to leave with the knowledge and confidence to succeed, changing their opportunities, and the full trajectory of their careers.

Read all (14) articles about Kenzie Academy → 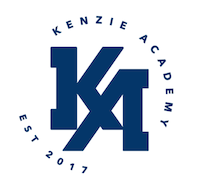 Accredited by the State of Indiana

Complete this form to connect with Kenzie Academy