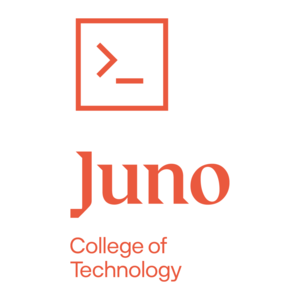 Juno College of Technology offers a 9-week, full-time web development immersive, and an 8-week, part-time web development course in Toronto, Canada. Juno’s full-time Web Development Immersive bootcamp covers HTML5 & CSS3, responsive design, JavaScript, jQuery, API and WordPress as well as non-technical skills like personal branding, finding and managing clients, and growing a business. Juno's part-time courses are Web Development Fundamentals & Advanced Web Development, JavaScript Fundamentals & Advanced JavaScript, UX Fundamentals & Advanced UX, and a Full-Stack Masterclass. Part-time classes run in the evenings, twice a week for 8 weeks or on weekends, once a week for 8 weeks. The programs focus on hands-on, project-based learning from industry-leading professionals with small classes and a 10:1 ratio of students to instructors. By the end of the web development programs, students have a great website and portfolio, and the knowledge, tools, and skills needed to succeed as developers.

Juno College of Technology is ideal for people looking to climb the corporate ladder, upgrade their skills, or start a new career. Prospective applicants will need to fill out an online form describing their background and experience, and participate in a video or in-person interview. For the full-time immersive course, students should have a high school diploma or equivalent, and demonstrate knowledge of HTML and CSS.

For job seekers, Juno helps students craft a technical resume, nail an interview, and negotiate their salary via career coaching. The curriculum covers personal branding and how to position yourself to employers. At the end of the course, Juno College of Technology hosts Industry Day where students can network with hiring partners and showcase their portfolios.

Read all (6) articles about Juno College of Technology → 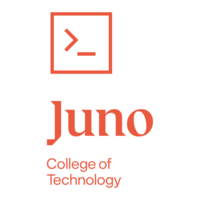 Complete this form to connect with Juno College of Technology