Apple’s newest, beginner-oriented programming language Swift has made developing for the iPhone a possibility for new and experienced developers alike. iOS developers earn over $100,000 on average, so it's a perfect time to learn to program for the iPhone. With the help of one of these iOS bootcamps, you could find yourself developing mobile apps utilizing Objective-C, Cocoa Touch, and Swift.

What is an iOS bootcamp?

iOS bootcamps teach students the technologies and languages required to build iOS apps for iPhones which can be launched on the Apple App Store. These technologies include Objective-C, Swift, XCode, and more. Many of the iOS mobile development bootcamps also teach web development fundamentals as background knowledge. There are a wide range of part-time, full-time, in-person, online, beginner, and advanced iOS bootcamps around the U.S. and Canada.

Why: Bloc's iOS Fundamentals is an online program tailored to your pace, and your needs. Bloc offers mentored 1-on-1 learning and promises that every student will leave having developed several mobile apps.

“I became interested in development because I have an entrepreneurial streak and wanted to learn how to build out some of my own ideas. Bloc has provided me with the skills to do just that.” -Anna via Course Report

Why: Brainstation offers a part-time flexible iOS Development Course which teaches students with some previous coding experience to build their own mobile app from scratch using Swift and XCode.

Where: Online, Toronto, and Vancouver

Why: C4Q's Access Code program offers a program focusing on iOS (Swift), with the aim of preparing students for software engineering roles and a salary increase. The school strives to provide coding education to a diverse and inclusive community, as well as people with low-income backgrounds.

Cost: Deferred tuition – participants pay a percentage of their earnings once they find a job.

Why: Based in Toronto, CareerFoundry offers an online iOS development course. Students will learn Swift and receive daily coaching from experienced iOS developers. Also, students can build the confidence and support they need to launch their new iOS dev career through CareerFoundry's Career Change Achievement program.

“The curriculum is detailed with additional material to educate yourself even further than the given tasks. It is hard work but at the end of each task, there is joy that comes with it. You are never alone when learning with CF, the community is always there for you. Be it the support team, student advisors or other students, the support is just overwhelming.” -Millicent via Course Report

Why: Code Fellows offers a course for Advanced Software Development in iOS.

Where: Seattle. Portland. For advanced iOS learning, Code Fellows has you covered.

“I took the iOS Boot Camp (now called Advanced Software Development in iOS) in January/February 2014 and I can say without a doubt Code Fellows is the best educational experience I have ever had. I started learning how to code on my own 6 months prior to Code Fellows and landed an iOS dev position a month after the program ended.” -Ivan via Course Report

Why: Coding Dojo's immersive bootcamp has a modular curriculum where all students learn web development fundamentals, then they can choose three complete technology stacks to learn, of which iOS is an option. Coding Dojo also offers a separate iOS Dev Accelerator, where advanced students can learn the entire suite of technologies for the iOS stack including Apple's Swift, Xcode, Core Motion, and many other advanced iOS topics.

“I would like to recommend this bootcamp if anybody is trying to give his/her career a new horizon. It will certainly shape your understanding about real word problems and buzzing technologies. After three months of painstakingly hard work we are given an opportunity to participate in scrum projects. Last but not the least, 'No matter how you feel, you get up, dress up and show up,' Happy learning code to all aspirants!!" -Seema via Course Report

"They have a great mixture of "theory" and application. I was also excited to learn that I'd be shipping 2 apps to the app store during the program. It is a very fast paced program with a lot of material to cover so it takes a lot of focus and hard work. Overall a great experience!" - Aaron via Course Report

Why: Flatiron School’s iOS Developer Program trains students to become iOS developers, with a money-back guarantee. Students can expect to learn programming fundamentals and then level up to more advanced topics. It’s not just about code, it’s about turning passion into productivity.

“The Flatiron School is intense, but its the best way to learn. Instructors are great. The community is a supportive and engaging one. It's a fantastic environment to grow and learn, as a developer and as a person. I'd highly recommend it.” -Suma via Course Report

“I now have a great job that I love, but what is more important is that I have a career that I love and I am very excited about where it can take me. Everything about it excites me, and GA helped me get there. ” -Locky via Course Report

Why: Lighthouse Labs is an across the board player in Toronto’s burgeoning tech scene. It was Canada’s first iOS development bootcamp. First learn the fundamentals, then move onto the nitty gritty like UX/UI design that could make the difference between your app and the other guys’. Find your place in Canada’s fastest growing industry.

“Culture is fantastic. There's such a palpable and contagious enthusiasm for learning, people (teachers) are there because they want to be. Being located in a hub of the tech scene doesn't hurt. It's an immersive introduction to what working in tech is like.” -Anonymous via Course Report

Why: Make School offers an 8-week Summer Academy where students in the iOS track will build fully functional iOS apps from scratch. The school also offers a 2-year Product College with a Mobile Development track where students will build products in teams and individually using iOS and other technologies.

"The academy paved a way for me to get into programming, and I'm now working at a game development company. The instructors are really helpful and I made friends that I still keep in touch with to this day. Overall a fantastic summer experience!"- Petrina via Course Report

Why: This course is great for beginners who want to learn Swift and iOS development through one-on-one mentorship. Students receive a project-based curriculum and are able to learn in a self-paced way.

“At first I was skeptical about taking an online course, but Thinkful did the best they could to educate me and treat me like family. So I was very comfortable with the course, very educational and Great Mentor! I can't thank them enough for all they have done! I am also coming back to take more courses!” -Tigran via CourseReport

Why: TurnToTech offers interested developers of any skill level the chance to learn how to program iOS with Swift in their iOS immersive. Founded and taught by professionals, the program also features weekly tech events that will expose students to the realities of professional work in the mobile development industries.

“The iOS Bootcamp at TurnToTech is a thorough and challenging introduction to the fundamentals of iOS programming. Unlike other bootcamp courses, this one is entirely project-based. There is no formal instruction, so you can take the time you need to understand specific concepts. You're building apps from Week 1 that increase in complexity over time, but they are broken down in a way that makes concepts easier to grasp. You will be amazed by Cost progress you make in just 6 weeks.” -Paola via Course Report

Read More:
Ultimate Guide to Mobile Development Bootcamps
Developing for iOS: Objective-C vs. Swift
So you want to build a mobile app- React Native vs. iOS/Android
Everything You Need to Know About Learning Mobile Development

Inside the new learning format and courses at Devmountain 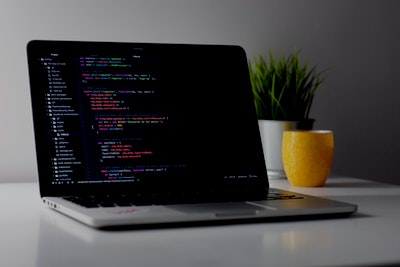 From Trumpet Player to Software Engineer 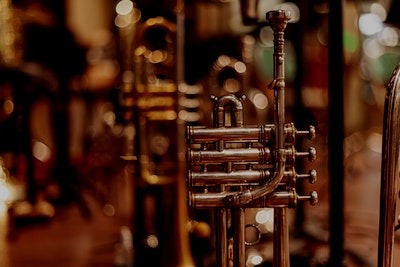 A curriculum deep dive into the UX Design Bootcamp at DigitalCrafts 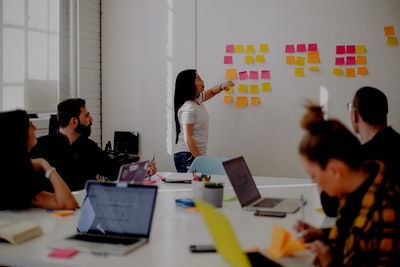