The Firehose Project is closed

[The Firehose Project has been acquired by Trilogy Education.] The Firehose Project is a full-time, 22-week and part-time, 42-week online coding bootcamp that combines expert one-on-one training with a customized, robust curriculum and a worldwide student support community. Students start coding on day one and are paired with a senior software engineer mentor to build their coding skills. Students also have access to a proprietary Q&A forum and technical office hours. Graduates will develop algorithms, design complex data structures, and learn fundamental computer science principles while building a portfolio of advanced web applications that work with APIs, user authentication, advanced database relationships, video streaming, and more.

Firehose has also launched a new job track designed to prepare students with everything they need to optimize their job search as a new developer and make their transition from bootcamp graduate to employed developer as smooth and swift as possible. Firehose worked with technical recruiters, alumni, senior developers, and partnered with BrandYourself, the leader in online reputation management as seen on Shark Tank, to engineer a track that provides students with optimal job preparation resources.

Read all (8) articles about The Firehose Project → 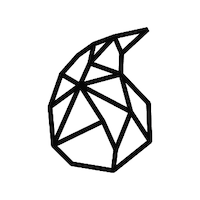 Complete this form to connect with The Firehose Project