Founders and Coders offers tuition-free, peer-led web development training in London, UK. Founders and Coders is a nonprofit organization and global developer community, aiming to help people from all backgrounds get into tech and make a social impact. The program consists of a 16-week full-time coding bootcamp covering JavaScript, Node.js, relational databases, and aspects of UX design and project management. As a peer-led bootcamp, students take turns delivering workshops, running code reviews, and managing projects. The coding bootcamp is designed for people who are serious about launching a career in web development, are self-motivated, prepared to work long hours, and committed to collaborative working.

After the bootcamp, graduates have the opportunity to build real projects through Tech for Better, Founders and Coders' app development program for nonprofits. Founders and Coders encourages graduates to take jobs with their employer partners who will help cover the costs of the program, or to make a voluntary contribution to pay it forward after they graduate. Graduates are also expected to mentor new students for at least one week after they graduate.

Applicants must be over 18. There are no academic prerequisites, but not everyone will be suited to the Founders and Coders learning style. Applicants will need to work through prerequisite resources such as freeCodeCamp and Codewars before joining the course. All applicants will participate in a 20-minute conversational interview to gauge whether they are a good fit for the community.

Read all (5) articles about Founders and Coders → 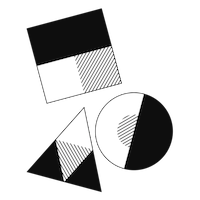