HackDojo is a 6-week, full-time full-stack JavaScript program set in the PeopleSpace coworking and tech community in Orange County. Throughout the 10 weeks, students at HackDojo will learn fundamentals of programming and programmatic thinking, HTML5 and CSS3, JavaScript fundamentals and Libraries, jQuery, AJAX, Node.JS, Angular.JS, MongoDB, MeteorJS, MVC Concepts, Databases and APIs, Test Driven Development, Heroku, Git and Github. The school is meant to mimic a real development shop, and students will be building four projects of their own choosing. By the end of the program, students will have completed projects in HTML, CSS, JavaScript, and Ruby on Rails to add to their portfolios. While HackDojo will prepare students for the job search process, a job is not guaranteed. 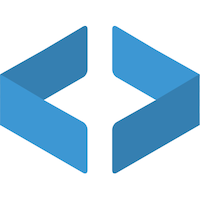