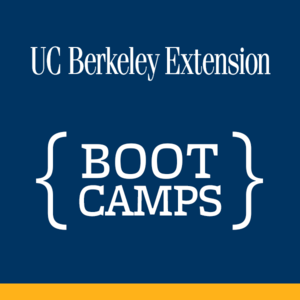 Applicants do not need prior experience to enroll in the bootcamps, but once admitted, all students will complete a pre-course tutorial. Berkeley Boot Camps are designed for working professionals and individuals who are actively pursuing a career change or advancement or looking to gain a new skill set.

Students will benefit from a wide range of career services to be positioned for success through graduation and beyond. Services include portfolio reviews, resume and social media profile support, career content and practice sessions, technical interview training, 1:1 mentor support, soft skills training and more. Upon program completion, graduates will receive a Certificate of Completion from Berkeley Extension, and will build a portfolio of projects in our web development, data analytics, UX/UI, digital marketing or financial technology programs and gain skills applicable to industry certifications in our cybersecurity program.

Berkeley Boot Camps are offered in collaboration with Trilogy Education Services, a 2U, Inc. brand. 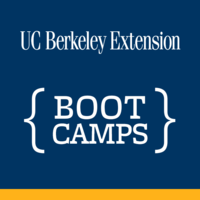 Yes, UC Berkeley has been fully accredited since 1949 and had its accreditation reaffirmed most recently in 2015 under the Western Association of Schools & Colleges (WASC) pilot institutional review process.