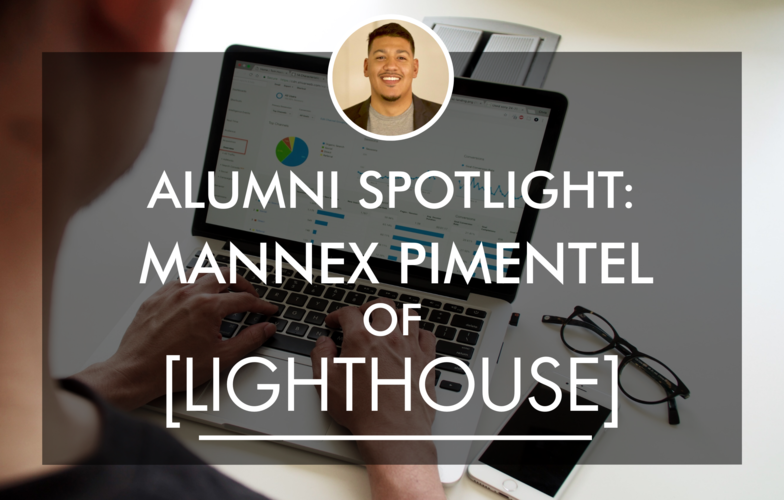 Mannex Pimentel decided to transition from talent management into a more stable tech career. After graduating from a web development bootcamp, he wanted to expand his data analytics skill set and chose Lighthouse’s Data Science and Analytics Part-Time Intensive in Atlanta. Mannex shares what makes Lighthouse different from other coding bootcamps, how the tech scene in Atlanta is growing, and how his career has evolved since graduating from Lighthouse.

What were you up to before coding bootcamp?

Prior to bootcamp, I was a Talent Manager. I was essentially the middleman between performers and universities. I worked with speakers, musicians, magicians, anything like that. I created the contracts, planned tours, everything from A-Z. I did that for about five years.

What prompted you to change career paths from talent management to tech?

I was looking for a career that was more stable. I had been traveling a lot for work – in my five years as a talent manager, I took more than 325 flights! I was delegating tasks like building Splash landing pages and designing logos to developers and designers, and I wanted to work on similar projects. That piqued my interest in going to a bootcamp.

A designer that I worked with gave me some pointers on how to learn code. He showed me Youtube tutorials and Free Code Camp. I started with HTML and CSS and it was cool, but it was moving slowly for me. I felt limited and I couldn't see the bigger picture on my own. I knew I had to do more to jumpstart a career change, and that's when I really started looking at bootcamps.

Did you research bootcamps before choosing Lighthouse? What factors were most important to you when you were choosing a bootcamp?

Price was the number one factor and job placement was number two. I actually did the Web Development Immersive with General Assembly first. It was an amazing start. When I started looking for jobs, I saw that there was a need for even more skills like data science. During my job search, I was going to Meetups and I heard a Lighthouse rep speak about their Data Analytics program. The Lighthouse methodology seemed like they would set me up well for my future. I spoke to a Lighthouse Career Advisor who told me how they place people and the job connections that they had. That swayed me.

Did you use one of those payment plans at Lighthouse?

I was fortunate enough to receive a scholarship from Lighthouse. Lighthouse still offers scholarships and tuition assistance – you just have to inquire about it during your application process.

Do you feel like attending both of these bootcamps – General Assembly and Lighthouse – was worth it for you?

Most definitely! It gave me a more complete understanding of front end development and data.

What did the application process at Lighthouse involve?

What was the teaching style like during the part-time Data Science and Analytics course?

I was attending the part-time Data Science and Analytics Intensive, so I was on campus twice a week and on Saturdays. Everyone would come in and work on exercises for the first half-hour to get warmed-up. Then, we'd have a lecture and work on small projects.

It was a small cohort. There were six people in my cohort. Most of the people were in their twenties, but I was the oldest. Some of my cohort were college students on break while others were from industries like real estate or nursing.

What did the curriculum cover?

We touched on R, but mainly we learned Python. We also used Tableau, Excel, and Jupyter Notebook.

We didn't do any projects for real clients, but we did work with real data sets. Everything was collaborative up until the end when we did our own analysis for the final project. For my final project, I worked with data from the Center for Disease Control. I used Tableau to visualize the data.

Who were your instructors at Lighthouse?

All of the instructors in my Lighthouse bootcamp were business professionals. It was cool to see their perspective on how the data was applicable on the business-side. They applied it to relevant, real-world problems. Seeing that practical process was key for me. Being assigned a mentor in my third week at Lighthouse helped a good deal as well.

How did the mentorship program at Lighthouse work?

Mentors help students with creating portfolios, job hunting, and résumés. You can schedule a meeting in-person or request a time to speak with them over the phone. The mentors were younger than the instructors so they were a bit easier to relate to for some of our cohort. My mentor mentored three people in our cohort and the other three people were mentored by a different mentor. My mentor has been in the data analytics industry for about five years, and he mostly helped me with my projects.

It is growing! There are a lot of Meetups, like Tech404. It's a supportive community, and there are resources and helpful people everywhere! For example, one time I reached out to someone at an online Meetup, and we met at a coffee shop to help find a solution to my problem. There are plenty of tech jobs here -- developers, designers, and data scientists are all mingling in this community. It's easy to make connections with people across the industry. Lighthouse also hosts workshops. If you're ever in Atlanta, stop by Lighthouse. They're always doing something here.

What types of roles were you qualified for after graduating from the Data Science and Analytics course?

Any jobs in data visualization feels comfortable to me. I don't particularly want to get into the analytics side. The visualization side coincides more with my background and my interests in web development.

How did Lighthouse prepare you for the job search?

Lighthouse helped my cohort with our résumés and portfolios. They also connected us with individuals from Black Rock and AT&T for interviews. The interviews with companies were kind of like a hiring day or demonstration day but more spread out.

Tell us about your career change – what did you do after Lighthouse?

I worked as a Web Developer at Lighthouse. I worked on maintaining and changing the face of the website. For example, I'm working on integrating the SalesForce marketing cloud, API integrations, and front end applications. I’m also continuing to help Lighthouse with part-time instruction for their Web Development track. I believe in what they're doing and I plan to work with them in whatever capacity I can.

I have recently accepted an offer with OneTrust in Atlanta as a Technical Implementation consultant. I’ll be joining the API integrations team, building modules on OneTrust’s platform. The role is client facing which combines my past experience of talent management and my current tech skills in one role. I’ll start this job in April.

What has been your biggest challenge or roadblock in your career change into the tech world?

My biggest roadblock has been experience and the amount of time that I’ve been in the tech world. I think I’ll feel more comfortable in time and with more experience.

Do you have any advice for someone who is thinking about enrolling in a coding bootcamp like Lighthouse? 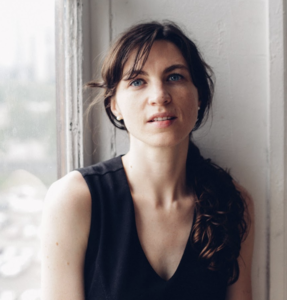