Jonah Gerstel worked in chemical and process engineering for four years before a data project on the job blossomed into a passion for data science. Wanting to expand his knowledge, Jonah’s research on the best data science bootcamps pointed him to NYC Data Science Academy. Jonah explains how the comprehensive curriculum, instructor support, and career services at NYC Data Science Academy made it possible for him to make a career pivot into data full-time. After reskilling with the online Data Science Bootcamp, Jonah landed his first data role as a Senior Data Analyst at Known – find out how he did it and what he recommends for future bootcampers!

What inspired you to pivot from engineering to data science?

I studied chemical engineering at Tulane University, which prepared me to work as a Chemical Engineer for Phillips 66. I worked at refineries in the Gulf, which was ultimately isolating and unstimulating, so I moved into process engineering for Kimberly-Clark. On one project, I pulled data for fire prevention in a paper-making factory. My boss sent an array of variables to a data scientist, who predicted when fires might occur based on past data. Through that experience, I developed an interest in data science and began teaching myself how to code. I decided to pursue data science further, which led me to NYC Data Science Academy.

It's always tough to transition into a new industry and start a completely different role than you're used to. You have to commit, hit the ground running, and trust that you'll learn as you go. It took me a year and a half to fully commit to my career transition. Once I decided to quit my job and do it, I’ve been so glad I did.

There are so many data science bootcamps now – what sets NYC Data Science Academy apart?

I sorted through reviews and spoke with several bootcamp representatives from NYC Data Science Academy. New York City Data Science Academy had excellent job placement rates, which was ultimately the deciding factor for me. I was impressed with the curriculum content and they also hit all of the career prep points that I thought were critical.

What was the NYC Data Science Academy application process like for you?

The application process included an initial pre-test to assess thought processes and prior coding knowledge. Then there was pre-work to get familiar with important mathematical concepts. Luckily, I already had a grasp of those based on my engineering background.

While prior knowledge isn't necessary to enroll at NYC Data Science Academy, it is helpful. I settled into the bootcamp more efficiently because I had some grasp of the material through my engineering background rather than if I enrolled in the bootcamp blind.

In the beginning, the bootcamp was intensive. We had lectures from 9am to 6pm with scattered breaks and an hour-long lunch in between. Lectures were followed by homework assignments. As the bootcamp progressed, we started doing projects during the second half of the day.

Early on in the bootcamp, when we were learning the basics, the teachers did an excellent job of leading by example and holding space for questions. Even though this was an online bootcamp, we learned in real-time, which matched my learning style.

What did the bootcamp curriculum cover?

While Python was the dominant language we learned, we also learned SQL and R and explored theoretical concepts on machine learning algorithms, such as linear regression, logistic regression, and XGBoost Random Forest. Toward the end of the course, we learned advanced topics, like neural networks.

What was the online community like at NYC Data Science Academy? Were you able to connect with your classmates?

This was an online bootcamp, but being online was not a barrier to connecting and working with people in my cohort. I found a solid group of people, and we worked well together. Some groups would convene briefly only to split off and work independently. My group, however, would stick together in the same Zoom room for the entire day and work through everything collaboratively. I became close with those students.

What kinds of projects did you work on at NYC Data Science Academy?

There were four main projects: 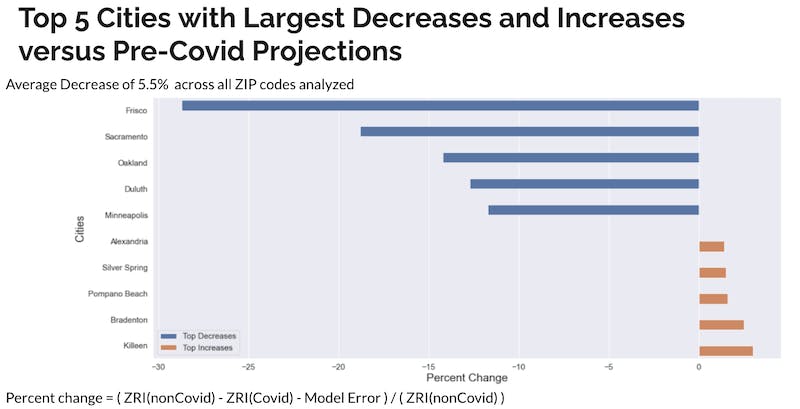 How did NYC Data Science Academy prepare you for the job hunt?

NYC Data Science Academy thoroughly prepares its students for the job hunt. Each week, we had a lecture on career preparation and job placement. We learned how to build our resumes, spoke to alumni about their processes, and networked with folks in the industry. We had technical interview practice where we touched on each aspect of the interview process. All of this made me feel more prepared going into the job application process after the bootcamp.

Which tech roles did you feel qualified to apply for since graduating from NYC Data Science Academy?

I felt comfortable applying to Data Scientist or Data Analyst positions. A lot of those positions asked for two to three years of data analysis experience. Because I was applying with four years of engineering experience, I felt more qualified for those roles than I would've if I were coming from a completely different industry.

You just landed a job as a Senior Data Analyst at Known! What was the interview process like?

Known is a marketing company and I was referred to the position by a friend. My interview process was a mix of technical/coding challenges, quantitative reasoning, and conversational interviews. In total, I had 5 rounds of interviews before receiving my offer.

What is your advice to other recent bootcamp grads on the job hunt?

Almost every company has openings for data scientists or data analysts. I would advise folks to reach out to people in their existing network working at companies of  interest with these openings and ask if they'll refer you to open positions. Networking in that way is what helped me land my job. NYC Data Science Academy also sends out job listings via email, which has helped some students land jobs.

At this point in your career pivot, was NYC Data Science Academy worth it for you?

My experience with NYC Data Science Academy was worth the time and money. I did a lot of self-teaching before the bootcamp, but it's helpful to have instructors who understand the theory behind what I was attempting to teach myself. The bootcamp offers so many resources for the job hunt and answers any technical question you might have. I gained helpful insights into industry trends. Ultimately, I was able to transition into data science because of NYC Data Science Academy.

If I can make a recommendation to future students, I would say do what I did. Establish a baseline of knowledge for yourself and then enroll in a bootcamp. There's a lot you can learn online, but there are certain things, like building projects, that you need to study alongside an expert instructor.

Was Alchemy Worth It for Bonnie?

Three years since graduating, Bonnie shares if bootcamp was worth it for her...

Was LearningFuze Worth It for Ryan?

Find out what Ryan's tech career looks like 8 years after LearningFuze!

From Biology to Software Engineering

How Anna made a career change with Springboard!

How Marlisa Doubled Her Salary

With Coding Temple's self-paced bootcamp, this teacher pivoted into tech!

From Athlete to Security Analyst

Why Emmanuel chose the online cyber security bootcamp at Clarusway!

How Ida Upskilled Her Tech Career

Ida shares how Chi-Codes by Coding Temple rocketed her career to senior roles!

From Designer to Software Engineer

Why Desiree chose Practicum to help her make a career change into tech...

From Fashion to Cybersecurity

How Liz became a SOC Associate after DigitalCrafts...

What Justin Built at General Assembly

How this GA grad helped the U.S. Census Bureau through The Opportunity Project!