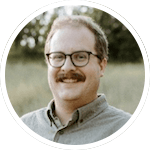 When elementary school teacher Mark found himself learning how to code alongside his students, he realized tech may be a better career fit for him. Wanting to land a developer job quickly after graduating, Mark enrolled at The Software Guild’s part-time, online .NET/C# coding bootcamp to learn the tech stack that would make him most marketable in Minneapolis. But what was Mark actually able to learn at Software Guild? Take a tour of the car sales application that Mark built for his final project, and learn how this capstone project helped him land his job as an Application Developer at Interstates!

What inspired you to make a career change from education to tech in 2021?

Throughout my education career, I was able to teach a few coding classes. In the fifth grade classroom, we were teaching students the fundamentals of JavaScript and basic logic for coding. That got me interested in coding, and then I was able to start teaching an afterschool video game coding program that was led by a developer here in the community. Through that course, I formed relationships with other developers here in Sioux Falls and thought I might be able to do it for a living. Eventually, I decided to make that career jump into web development.

There are so many coding bootcamps out there now — why did you choose Software Guild?

Pre-COVID, The Software Guild had an in-person bootcamp in Minneapolis, so I knew they would have relationships with local companies. I have family in Minneapolis and live close by, so I also liked that it was more local than other coding bootcamps.

The Software Guild curriculum covered .NET/C# which I was interested in learning. Through conversations with those developers I'd formed relationships with, I knew that Sioux Falls had a heavy C# developer presence, which I thought was the most marketable skill for me in this area.

This bootcamp covered so much content; "drinking from a firehose" was an appropriate metaphor! The online bootcamp at The Software Guild covered the full .NET/C# stack. We started with front end languages like HTML, CSS, and JavaScript, then moved into object-oriented coding with C#. After that, we delved into the database side by creating tables, populating those tables with data, creating databases, and creating stored procedures.

What is the learning style like in the online bootcamp?

The curriculum at The Software Guild was a balanced mix of project and lecture-based curriculum, including coordinated reading and videos. Many of the videos were of the founder of Software Guild doing the coding himself or talking through these concepts. After reading and watching a video about a concept and taking notes, we usually had a project or small code-along. This gave us actual hands-on practice with the code that we were learning about.

There are four badges to complete in The Software Guild bootcamp. At the end of each badge, there was a big project that would take longer to complete, with smaller projects leading up to that. In total, we did between 15-20 projects at the bootcamp.

How did you balance the online bootcamp and working part-time?

I tried to stay consistent with my scheduling. At different points throughout 2021, I was working 1-2 different part-time jobs, so I treated the online bootcamp like my other part-time jobs. I would set aside time every afternoon to get my work done (usually in a coffee shop) and I stayed consistent with that schedule. If I didn't get done what I needed to during the week, then I would catch up on the weekend.

What did you build for your final project at The Software Guild?

I built a web application for a mock car dealership company that would allow users to go to this website and look at cars they might be interested in buying, by browsing new and used cars. It allows users to have admin rights to go in and add new makes and models, add new vehicles, and update vehicles. It also allows sales users to log in and complete purchases.

How much time did you spend building the car dealership project?

The final badge was three months and I spent a month building this project.

What are the main features of your car dealership application?

At a high-level overview of this application, I created a database that stores procedures so that my queries were returning all the correct information when they were called. For example, there is a vehicle update procedure, which takes in all the parameters for a vehicle and updates it.

My vehicle repository implements an interface so that I can flip between using real data from the database and using test data, which I have locally in an ASP.NET web application. This code calls the database and does all the things I might need to do, whether that's searching for a vehicle, adding a new vehicle, getting a vehicle by its ID, etc.

On the user-facing portion of the application, an admin can log into the app in order to edit a vehicle, add a vehicle, add users, add models, and update contact information. The controllers are where I spent a lot of my time with the C#, making sure the logic of my application was working the way I wanted it to work.

For users who are on a sales team, they can log into the app to search the current inventory, save vehicles, and complete purchase forms when the car has been sold. 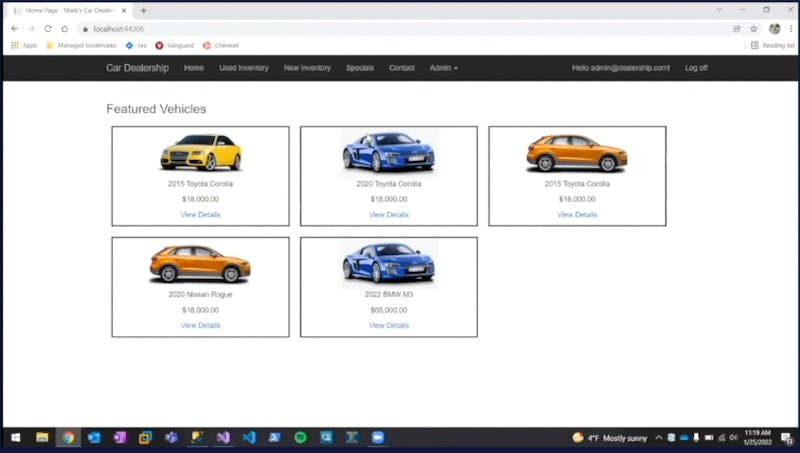 What technologies and programming languages did you use to build this project?

Did you use everything you learned at Software Guild to build this project?

With every new project, there are new concepts to learn. The technologies I used in this project were things that were covered in The Software Guild, but I had to find new ways to implement them. Googling is half of being a developer; making sure you can find the right answer to your problem.

What was your biggest challenge while building this project?

I used ASP.NET identity to set up user accounts and the user roles, and that uses Entity framework to create the tables and seed the data into those tables on the database. This is different from how I did the rest of the database. It also auto-created views and controllers on my application. This was super helpful, but it did take finessing to get it to work the way I wanted it to. Since it was touching so many of those other functions and methods, I needed to get that working correctly so that I could do all the other admin and sales features. There was also some weird caching with my browser and the images that made uploading new images not work correctly. I realized I had to be more specific about the file path, which took me longer than it should have to figure out.

When you ran into an issue as you were building this project, was the Software Guild team there to help you?

Definitely! I had a mentor assigned to me, and we would meet at least two times every badge, but I could always Slack him if I had a shorter question or arrange a 1:1 to talk through a problem if it was a bigger issue or a concept.

There were also open office hours on Slack where I could talk to other instructors and TAs who were available to answer questions. The Software Guild has a pretty active community of alumni and other students so we could bounce ideas off each other, too.

Did you showcase this project in a Demo Day at Software Guild?

I walked through my final project with my instructor and we did a code review of it.

After graduating from Software Guild, were you able to use this capstone project as a talking point during your job interviews?

Absolutely! Potential employers wanted to see what I had worked on, especially ones who hadn't hired anyone from a coding bootcamp before. I shared my Github repository with them that included projects I had worked on. After they poked through that code, they offered me another interview. These projects definitely helped me in the job search.

You’re now working at Interstates as an App Developer! What kinds of projects are you currently working on?

I'm supporting legacy applications that the company wrote many years ago. I'm doing a lot of T-SQL database scripts then poking through the C# code to troubleshoot if a client finds a bug or needs a feature added.

Are you using everything you learned at Software Guild on the job?

Mark, you had taught yourself how to code before enrolling at Software Guild — What are the pros of doing an immersive bootcamp instead of self-teaching?

I was teaching myself using freeCodeCamp, which was a great resource to learn front end as I was starting out to see if I was interested in this and if I could be consistent. I wondered if it would hold my interest enough where I'd want to keep coming back and learning about it. I chose to enroll at a bootcamp after that because I found that I needed a more structured approach. I also wanted to learn things that would be applicable in the Sioux Falls job market, which is why I went with Software Guild.

It's a big financial decision, so weigh out the pros and cons for you. If you can learn on your own, stay consistent, and find good resources, maybe that's the route for you, but I found the connections that I made at Software Guild and being able to bounce ideas off my mentor to be very helpful.

Do you have any advice for future Software Guild students? Anything you wish you had known before you started?

Try to stay consistent with your work time. Set aside time to get the work done. You're going to run into problems where you think you can knock something out in 20 minutes and it’ll take two hours. Don't be afraid to reach out and ask for help. Also Stack Overflow and other forms are going to be your best friend for finding answers to those niche questions that you can't figure out!

So far in your new tech career, was The Software Guild worth it for you?

Yeah, absolutely! I wouldn't be where I am today without it, so, for sure. 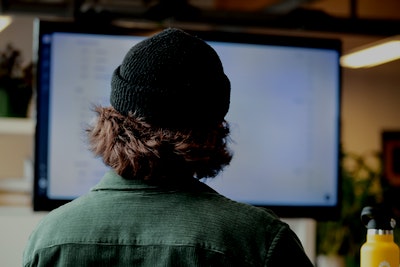 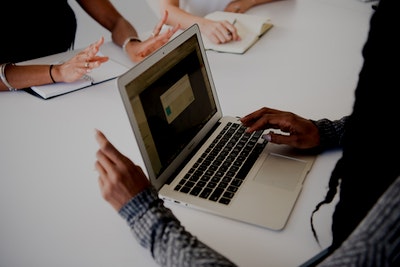 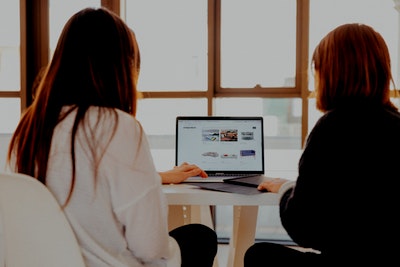