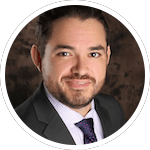 Mike was working on a fishing boat in Alaska when he realized he needed to dive deeper into his passion for data analytics. As a UT Austin alum, Mike was excited to enroll in The Data Analysis and Visualization Boot Camp at Texas McCombs, powered by Trilogy Education Services, a 2U, Inc. brand, to make a career change into data. With the boot camp’s real world projects and dedicated career support, Mike landed his first job four months after graduating as an Associate Data Scientist at Booz Allen Hamilton!

Why did you decide to pivot from environmental science to data analytics?

I have a degree in marine biology, but my career expanded into environmental science where I was doing fishery management in Alaska, working on fishing boats. I also did a bit of work as a marine biologist through NOAA. Fishing work is seasonal and when I was laid off, I decided to dig deeper into statistics, which I had been exposed to in college.

There are so many data science bootcamps now – what sets The Data Analysis and Visualization Boot Camp at Texas McCombs apart?

I got my undergrad at UT Austin, so it was fun to move back to Austin. UT Austin Boot Camps is also more inexpensive than other data science programs. I liked that this boot camp was over six months long, instead of some of the accelerated programs I saw. The longer exposure time allowed me to learn more than others I knew coming out of the accelerated classes. Classes were held at night, so I was able to work on homework during the day.

What has been the biggest challenge or roadblock in this journey to make a career change into data science?

The biggest challenge for me was taking that first step. I felt self-conscious about being older and felt awkward to make the transition into a new career. This path isn't for everybody. You really have to have a passion for it to make a career change. Not everyone knows if they're gonna be passionate about data and coding, but I never looked back once I started.

What was the UT Austin Boot Camps application and interview process like for you?

In the application process, UT Austin Boot Camps offered a realistic perspective of how we would use code, with access to the internet to look things up. UT Austin Boot Camps wanted us to be set up before the boot camp started, so they offered modules on how to prepare our computers with Anaconda and install packages and libraries. Before I applied, I had some exposure to R but I was not that good with it. Once I started the boot camp, I was making websites in no time.

What was a typical week like at the Data Analysis and Visualization Boot Camp?

This was a part-time program, so classes were held two nights a week for three hours at a time, with breaks. There was also a Saturday morning class. Most people had other jobs and were upskilling so this schedule worked well for them. We would do exercises in class, learn a new library or concept, and practice. I struggled at first and it took me a while to get my rhythm, but once I fell into it I had a lot of fun at the boot camp. I like puzzles, so I enjoyed that the exercises were open-ended ways of solving puzzles. I learned that whatever you put into the program is what you get out of it.

Who were your boot camp instructors?

We had two instructors who were affiliated with Trilogy/2U (not UT Austin). They both had worked in the industry. One of our instructors later got a job as a Data Analyst at Facebook, and the other instructor had worked for NASA.

Did the teaching style match your learning style?

Our instructors would show us how to do something and then offer exercises for us to practice what they did, with a different data set, or without code. We had a GitHub repo that we could pull exercises from and we had access to the code they used during the lessons. I was able to keep utilizing those resources well into my first job.

What did you actually learn in the boot camp curriculum?

We started off with an intro to Python, then moved into JavaScript. We worked with the JavaScript library, D3.js, which helped me a lot in the job market. We also learned about data labeling as well as some full stack. There was a bit of basic statistics and an intro to machine learning. After the boot camp, I completed a Coursera class on deep learning to solidify my understanding of machine learning.

What kinds of projects did you work on in the boot camp?

At the boot camp, my group had the opportunity to work with the City of Austin to evaluate 911 calls. The City of Austin let us use their open data API to make a map and dashboard for 911 calls within Austin. We then built a trained model for sentiment analysis that would give a quantitative score. We even got to present it at Town Hall!

For another project, I made a website where I retrained a neural network to do fraud detection in hotel reviews.

Did you present your final project in a virtual demo day?

We had a demo day, but we were the first data analytics cohort and most people were there to see full stack developers. It was still a fun opportunity to network with people from a data-oriented industry.

How did UT Austin Boot Camps prepare you for the job hunt?

UT Austin did a lot to prepare me for the job hunt. After finishing the program, I had several follow-up meetings with my academic advisor, who assisted me with:

Which tech roles did you feel qualified to apply after graduating from the boot camp?

How long were you on the job hunt for after boot camp?

It took me about 4 months after graduation to land a job. Applying for jobs is a full-time job! I got an offer with a company that was willing to offer me more training, but I turned it down because I thought I could land something better, which I eventually did.

You’re now an Associate Data Scientist for Booz Allen Hamilton! How did you land the job?

Booz Allen Hamilton does management consulting for commercial, government, oil/gas, and cyber fields. I saw the posting for the data scientist position and when I applied for it, I thought it was a long shot. They needed someone that could do more generalist work on a research and development team, and they liked that I was familiar with both full stack and deep learning.

What kinds of projects are you working on?

For our clients, we’re working on cloud migration, data engineering, and building ETL pipelines. We also focus on creating data visualization components using Tableau dashboards. I have a fun job where I get to do every aspect of a whole data pipeline, which not everyone gets to do as a data scientist.

Are you using everything you learned at the boot camp?

When I started at Booz Allen Hamilton, I had a tinge of imposter syndrome, but I got over that quickly. The boot camp prepared me really well for working in the field. Python is still my bread and butter — I use it all the time on the job. I’ve used the JavaScript toolkits that I learned at the boot camp, like D3.js and Tableau. Over time, I've learned more about data engineering and cloud engineering.

So far, is this the career that you expected?

No, actually! When I started this data career, I had no idea I’d be working on a R&D team doing cyber work. Attending the boot camp offered me invaluable exposure to coding and how to learn. It’s not about committing everything to memory, but being able to research and find your own answers. I can apply these skills to so many other fields and I know I’ll be successful.

Looking back on your career change, was UT Austin Boot Camps worth it for you?

Not to sound hyperbolic, but UT Austin Boot Camps changed my life! I'm making close to three times what I was making before working on boats. I'm more engaged in the work I do, and I really enjoy it. Going from living out of a bag and working on fishing boats, to having a good, steady income makes me feel so lucky. It was hard work to get here, but I had fun doing it.

What advice do you have for incoming boot camp students?

I recommend reaching out to people in your boot camp early. Get a coding partner, or a few to work with throughout the program. The sum of the parts is worth more than each individually. My coding partner and I got so close during the program, and now they’re in my wedding party!

From US Marines to Cybersecurity

Why Thomas enrolled at Divergence to make a career change...