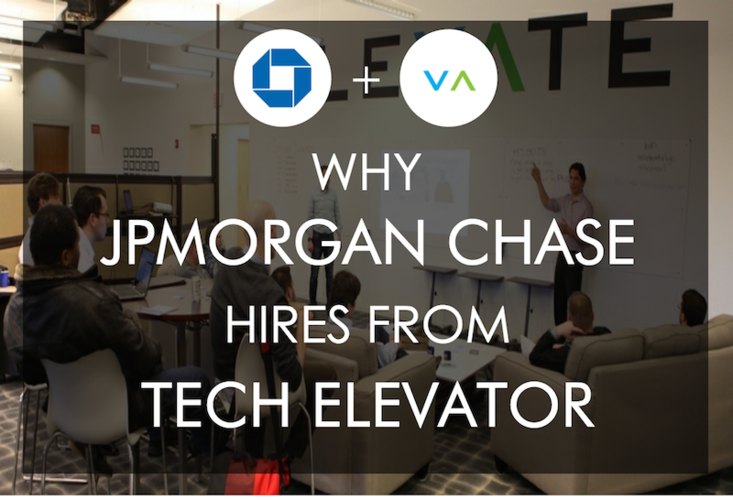 When you think, “Chase,” you probably think “banking.” But the tech team at JPMorgan Chase is 40,000 large, and their Global Head of Technology Recruiting Strategy, Chuck Xenakis, sees coding bootcamps as a viable source of tech talent. JPMorgan Chase has hired five coding bootcamp grads from Tech Elevator in Columbus, Ohio, and plans to hire more. Chuck tells us what impresses him about the Tech Elevator grads, and why hiring coding bootcampers is both good for companies, and helps lift the community at large.

Tell us about your role at JPMorgan Chase!

I am the Global Technology Recruiting Hub Strategy Lead at JPMorgan Chase. JPMorgan Chase has approximately 40,000 technologists globally. We have more technologists than most tech companies have employees. People don't often understand the scope of tech here– we're really a technology company that does financial services.

How did you get connected with Tech Elevator in Columbus?

Katie Detore from Tech Elevator came to a Women In Technology event that we hosted where we had a screening of the movie "CODE: Debugging the Gender Gap," and she introduced herself and a couple of Tech Elevator students. 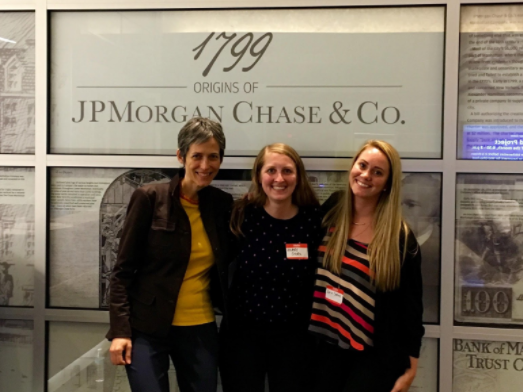 Tech Elevator graduates Caroline and Hilary (now an Applications Developer at Chase) and Pathway Program Director Katie attend a Women in Tech event at one of the company’s largest locations in Columbus, OH.

Have you hired Tech Elevator grads yet?

We have! The first Tech Elevator Columbus cohort was 12 students. We went to an Employer Matchmaking event and we interviewed nine Tech Elevator candidates. Of those nine, we invited seven to come back to meet multiple hiring managers, and we ended up hiring five of those students.

What types of roles did you hire those five Tech Elevator grads for?

Three of them are in App Development, one will be in QA, and one as a junior SCRUM master. All of those hires are working on Agile teams.

Did any of them have Computer Science degrees? Was that important to you?

No! Our Junior SCRUM master had a really interesting background. He was an MD and the CEO of a small medical technology company. He went to Tech Elevator to learn how to code because he was tired of his developers lying to him about deliverables and timelines – he wanted to be able to sniff out the BS and really drive business solutions.

The Tech Elevator group from this first cohort had amazingly interesting backgrounds – another had her JD.

What stood out about those five students that got them the job. Was it their final project? Their interviewing skills?

At our first meeting, the students were about three-quarters of the way through Tech Elevator. So we were initially just testing the depth of their curiosity and retention. We understood the material that they had been taught, and were looking at how people retained the information.

When we had the on-site interviews, they were working on their final projects, so we could focus more on their problem-solving capabilities.

In their second-round interviews, did the Tech Elevator students have to go through a technical interview? How did they handle those technical problems?

The second round was their final round, and it was quite intensive. We had each applicant meet with two panels of four to five application development managers and directors. We knew that the Tech Elevator applicants hadn’t completed their bootcamp yet, so we weren't drilling down terribly deep from a technology perspective, but we wanted to see how the applicants were self-motivated to dive deeper into the material.

When you first started hiring from coding bootcamps, was there a lot of pushback from hiring managers?

The most difficult part of the hiring process was convincing hiring managers to hire people that didn't have a traditional background. But really, it only took a few hiring managers who had open minds and were willing to take the time to invest in the new employee, to get those first few hires. Then once we saw success with them, other managers came on board and were willing to try it.

What are the major differences between your Tech Elevator hires and the recent college grads that you hire at JPMorgan Chase?

At JPMorgan Chase, we have a robust college hiring program and technology analyst program (TAP), so by the time our college hires come through the TAP program, they have two years of experience and are really effective technologists.

Many of the bootcamp applicants have a lot of life experience in other industries. A math teacher with 10 years of teaching experience and a JD isn't going to have that much in common with young adults coming out of college, so it doesn't make sense for them to go into the TAP program. When you're hiring technologists from a coding bootcamp, especially in a large environment like JPMorgan Chase, they do need some hand-holding. They need someone to be assigned to them as a mentor and someone who can have patience to allow them to succeed and fail (and help them to succeed more than fail).

That's the tough thing because everybody also has a job to do and we have clients to service. The easier route is always to hire someone who can come in and start delivering on day one. The more difficult but sometimes more rewarding route is to hire someone that could use a little molding.

How do you ensure that your new hires from Tech Elevator are ramping up and supported in their learning at JPMorgan Chase? Do do you have formal mentorship or apprenticeship programs in place?

We offer a lot of continuing education programs at JPMorgan Chase, but we allow employees to choose their own path. We have multiple technical training avenues to follow for our technologists. As they start gaining leadership skills, then we get them into leadership training and mentoring so that they can be not only the smartest techie in the room, but also a good people leader.

Quite frankly, once we get to talk to students and bootcamps and explain what we do and how many different types of opportunities we have, we really do get our hooks in people. We go to trade shows, bootcamps, etc and students always think of Chase as a “Big Bank” and a mainframe shop, but they don’t think of us as cool or sexy. Once we explain that we have a 40,000-person technology team and a widely used mobile app, they realize that they have the opportunity to work on technology that can change society. You can be working on an application that processes $23 trillion a night. We spend $9 billion on cyber security – there’s a tremendous learning opportunity.

Your employees who graduated from Tech Elevator learned Java and .NET – is that what they’ll use at Chase?

That's where they're primarily focused on. We want to set them up for success. We do use every technology under the sun at JPMorgan Chase, but I would say we are predominantly a Java shop. We first want to onboard them and allow them to experience success in their strengths, then they’ll start learning new languages – Pega or Python etc. A developer can come to JPMorgan Chase and spend their entire career here and never get bored.

Do you have a feedback loop with Tech Elevator at all? Are you able to influence their curriculum?

We're starting to build that relationship. We first wanted to test the waters and judge the quality of those applicants, and I think we've proven that quality is good. So the next step is to deepen our relationship, and that's something that I'm working on with Katie.

Tech Elevator, in general, seems to be very open to direct feedback and influence from the employers that are hiring their students. We're here to hire their students, and they're there to churn out a great experience for their students so that they can get hired.

Do you plan on hiring from Tech Elevator in the future?

Absolutely. We're having an Employer Showcase on February 21, I believe. We’ll also ask some of our recent hires from Tech Elevator to come with us and share their initial experience with the current class.

Do you have any advice for other employers who are considering hiring developers from a coding bootcamp like Tech Elevator?

Absolutely. First, you have to engage the right people in your company to be involved with hiring. Those people need to have the right mindset, be open-minded to hiring someone who doesn’t have a traditional CS background, but who does have the life experience.

You then need to make sure those new hires know how to acquire the softer qualities and skills. That means that you can’t just give someone a test and judge their code, but truly dig down to understand how people think and their capability for problem-solving. If you can get that right, you'll very quickly be able to judge the quality of the folks coming out of a coding bootcamp, and that feeds directly into the quality of the curriculum and the instructors.

Look, it's a war for talent out there, and we need to explore all recruiting avenues. From a strategic standpoint, I’m hiring in hubs like Dallas, Chicago, Jersey City, New York, obviously Columbus and Wilmington, Delaware. I have to consider all of the channels in those hubs. As long as we see quality applicants from coding bootcamps, we’ll keep hiring them. And hiring from bootcamps is great for the community as well. It gives people in these communities a new opportunity, and we’re happy to be a part of that.

3 Signs Your Team's Ready for Reskilling

And how a coding bootcamp can help 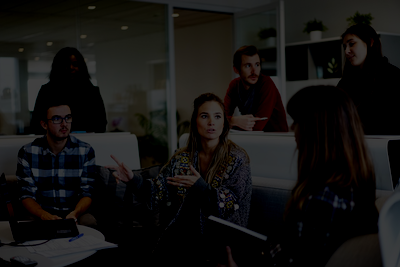 How to Hire a Coding Bootcamp Grad 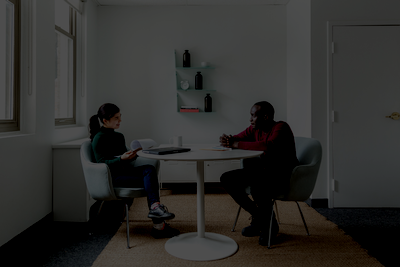 Why Cloudability partners with Thinkful on a custom curriculum & guaranteed interviews 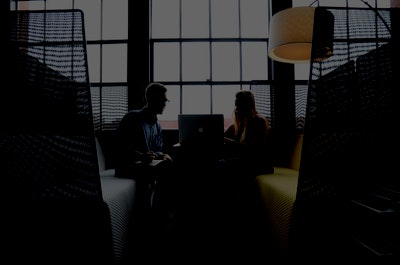