As an avid fan of The Bachelor and The Bachelorette, Turing School student Ellen Cooper and her friends used spreadsheets to predict the outcomes of each season. When she started learning to code, she used her new skills to build a custom fantasy-football-style league application for her friends to play. At Turing, Ellen has created a functional and beautifully designed app called “Not Here to Make Friends” where users can draft teams and earn points throughout the season. We asked Ellen to demo her project and show us how she used JavaScript to add seamless functionality! Watch the videos or read the brief summaries.

A fantasy league platform for the Bachelor and Bachelorette TV shows.

Why did she build it?

Her friends had been using a spreadsheet to predict the outcomes of The Bachelor, but it was difficult to maintain.

Functionality in the Application

What technologies were used to build it?

How Ellen Created the Drag and Drop Functionality Using JavaScript

The biggest challenge in this project was implementing the drag-and-drop functionality. Ellen had to do a lot of research and teach herself a number of concepts in order to create this functionality. Here she walks us through the technology behind dragging and dropping items in a list to change their order. Watch the video for the full tutorial, or read over the (abridged) summary. 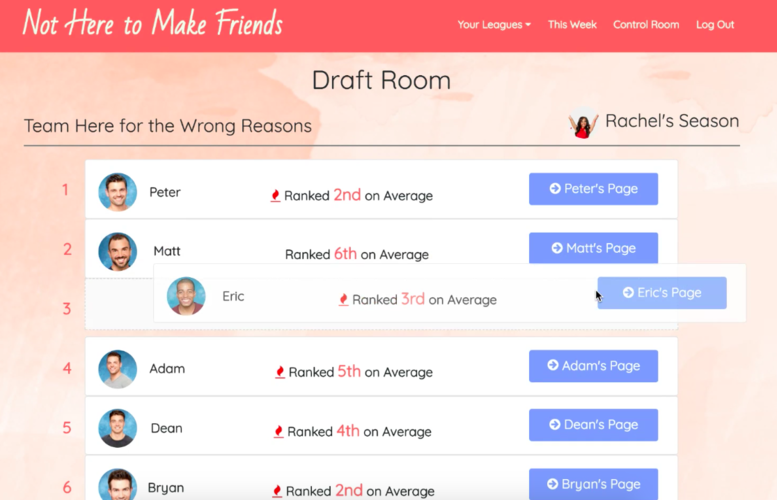 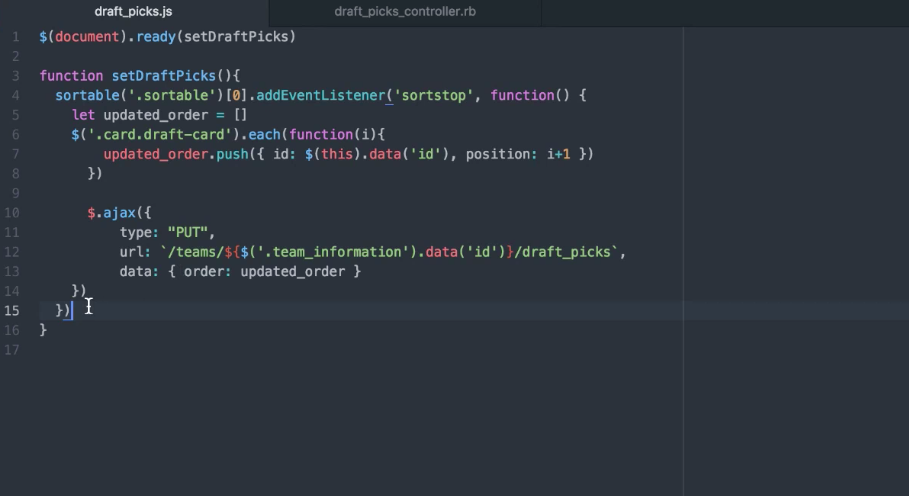 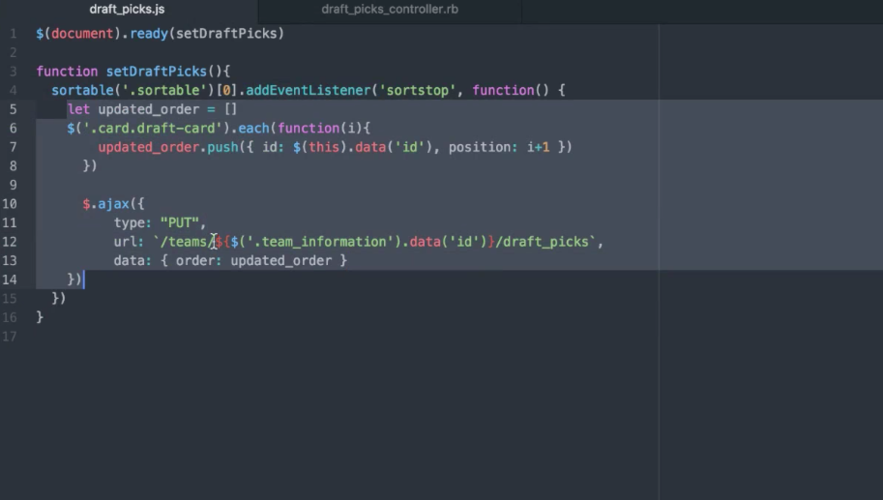 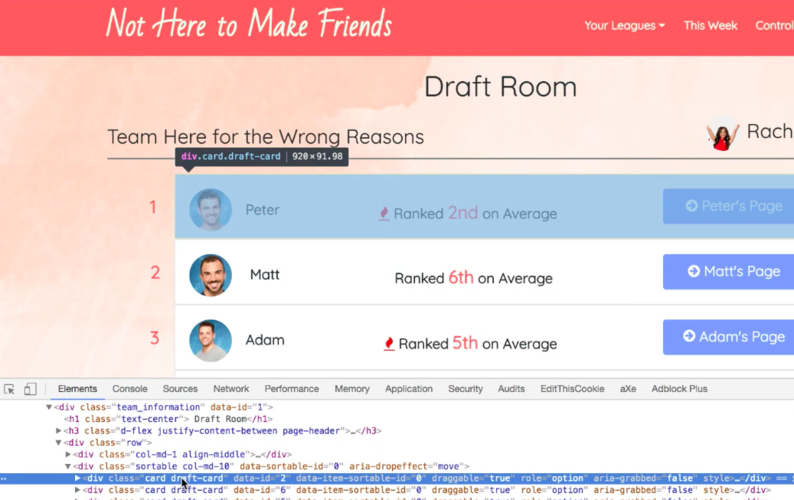 Read more Turing reviews on Course Report and be sure to check out the Turing website!