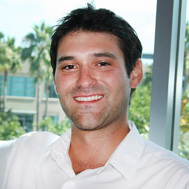 Fabian Toth started his professional coding career almost 6 years ago in a transition from trading currencies, options, and stocks and is a testament to others looking to enter the world of web development. As an instructor at LearningFuze, his past knowledge and experience is indispensable to new students. Here, Fabian blogs about opening a coding bootcamp in a smaller market, Irvine, California, and how to choose the right programming language when learning to code in Southern California.

Remember, the Course Report community is eligible for a $500 scholarship to LearningFuze!

In the past two years a new educational model has emerged as the vocational school for the digital age devoted entirely to molding and shaping web developers.  Over 70 such schools have popped up all over the nation, with the bulk of them hovering within tech heavy metropolitan areas like New York City, San Francisco, and Seattle.

They have, in fact, forged a path that’s becoming increasingly accepted, and now even advocated, by some of the largest tech brands in the market that have an insatiable and growing need for web developers in order to effectively compete and evolve.

What you don’t often hear about, however, is the growing pace of tech communities and tech hubs in smaller or secondary tech markets such as Los Angeles, Orange and San Diego Counties.

Southern California has been somewhat behind the curve in terms of available coding bootcamps. Which is a bit of a “head scratcher,” because the number of new web developer jobs available in Orange County and Los Angeles is astounding. In Orange County alone, for example, there were over 450 new web developer jobs posted over the last 30 days by various employers and staffing agencies; in Los Angeles the number is almost 2,000!

For those seeking to attend a coding bootcamp in Southern California to become a junior web developer in the hope of landing a related job, the odds are pretty good – the percentages of available web developer jobs posted that explicitly seek entry-level or junior web developers are 12% and 17% for Orange County and Los Angeles, respectively. In Los Angeles, that’s almost one for every five developer jobs available and those numbers are expected to increase as demand will further outpace supply.

There has been such a discrepancy in the supply and demand of web developers that local employers in LA/OC have begun reaching deep in their pockets to compete for the sparse new talent that is available. Within the past year, it has not been uncommon to see starting salaries of $65,000+ being offered to bright bootcamp graduates in the SoCal area.

Of course, many prospective students are interested in setting themselves up to obtain the best starting salaries once they graduate, so the question is, “Which technologies should bootcamp candidates lean towards?”

There are a few factors that play into earning potential of any given candidate. The top factor employers consider is the programming language skillset and the level of proficiency he or she has achieved. Other significant considerations include previous work experience, whether the candidate holds a relevant degree, soft skills, and cultural fit.

So what web development languages should students learn? Well, data from job search and staffing agencies shows that nearly one in five developer jobs in Los Angeles and Orange County require proficiency in PHP, and more than half require a solid foundation in JavaScript and related frameworks.

About one in four jobs require a foundation in MySQL, yet unlike the Bay Area, Ruby on Rails came in last in the LA/OC market with about 1 in 9 jobs requiring proficiency in this technology.

That said, JavaScript, PHP, and MySQL consistently rank high in the top ten web developer languages to learn as recommended by industry experts and senior web developers around the nation. The SoCal market simply has a strong demand for competencies in those technologies, which is why we chose to focus on them at LearningFuze.

With that being said, if you have already started down a particular path concerning a specific technology that may not be the most in demand, you shouldn’t necessarily feel the need to change directions in your focus and learning. Rather, work to complete your understanding of the chosen technology as best you can and it will absolutely prepare you for learning other technologies down the road and in your career. In the final analysis, always work to learn as much as you can about any particular technology or language and it will serve you well.

Ultimately, the success of a career in web development will depend more on your performance and what you do rather than the languages that you choose. As with anything, but certainly in the world of development success will hinge on your willingness and motivation to commit to a mindset of continuous learning and self-improvement. It is all about creating value in the marketplace whether that is in Silicon Valley, New York or the LA/OC metro area.

Fabian Toth is the Director of Technology & Learning at LearningFuze, a full-immersion 12-week web development training program in Los Angeles.