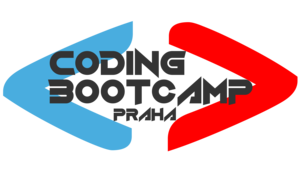 Coding Bootcamp Praha is a full-time, 12-week, full-stack web development bootcamp in Prague, Czech Republic. The syllabus features HTML, CSS, JavaScript, React, PHP, Bootstrap, Laravel, and MySQL. The course is aimed at career changers who want to get hired as web developers or develop a startup MVP. The emphasis is on understanding the best practices, learning by doing, and solving real-world problems. Throughout the bootcamp, students learn to cooperate in teams using Git and create 7 main projects, and a number of challenges and exercises. Coding Bootcamp Praha is international with 60% European and international students and it is taught fully in English.

To apply, candidates should fill out the online application form. A member of the Coding Bootcamp Praha team will then reach out to schedule an interview to discuss a candidate's experience and expectations. Every admitted student is invited to the online learning environment where they get access to pre-bootcamp study materials.

The bootcamp provides intense career support to help students find jobs in the industry through individual and group sessions starting from week 1. Coding Bootcamp Praha offers a job guarantee, and most graduates who are awarded a Certificate of Completion are employed within 2 months after graduation. Some Coding Bootcamp Praha alumni also develop MVPs of their startup projects during the bootcamp. The highlight event of the bootcamp is Demo Day, where students showcase their Final Project, a result of six-weeks of intense team cooperation. Alumni are encouraged to keep in touch after graduation at alumni events, activities and social media groups.

Complete this form to connect with Coding Bootcamp Praha