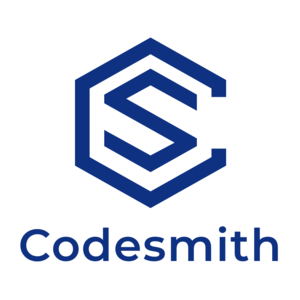 The Codesmith admissions process involves a written application with optional coding questions, a nontechnical interview, and a technical interview. Codesmith offers a number of free resources for preparing for the admissions process including in-person and online coding workshops, a 2-week online prep course (CS Prep), and an online JavaScript learning platform (CSX).

Codesmith offers an extensive hiring support program that guides Residents through whiteboarding, advanced technical interview practice, resume and profile development, and interview and networking strategies. Support continues upon graduation with bi-weekly check-ins and, after offers, negotiation support. Overall, 25% of graduates receive offers for Senior Engineer positions and above, and about 70% receive offers for Mid-level Engineer roles.

Read all (26) articles about Codesmith → 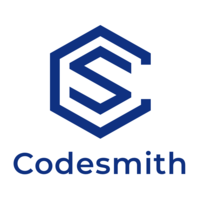 Codesmith is approved to operate by the California Bureau for Private Postsecondary Education. For more information visit: https://codesmith.io/regulatory-information

Complete this form to connect with Codesmith