Code Cloud is an online coding education program. Code Cloud features video tutorials, one-on-one mentorship, hiring partnerships, and project-based learning in teams. The platform is highly social and allows users to connect with other members and join "fleets" to get projects done based on an algorithm that calculates previous interests and experience. There are interactive videos that walk through real-world development. Additionally, if you fall behind, you can purchase completed apps to work on and tweak them in a backwards-learning fashion! 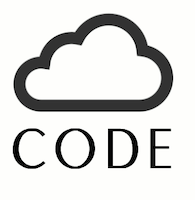