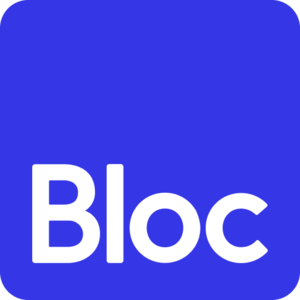 Bloc is an online coding bootcamp that incorporates 1-on-1 mentorship to prepare each student for a career as a professional software engineer or UX/UI designer. Bloc's apprenticeship approach is tailored specifically to each student's learning needs. In the Web Developer Bootcamp, the curriculum is centered around frontend JavaScript and students can choose whether to learn Ruby on Rails or server-side JavaScript with Node. Bloc’s project-based curriculum is written by expert curriculum developers and vetted by their advisory board comprised of hiring managers. Students work with mentors 1-on-1 to clarify concepts, pair program, and build a portfolio of sites that will demonstrate job readiness as a professional software engineer. Not everyone can quit their job or move to a new city for a bootcamp, so Bloc has designed a comprehensive bootcamp with this in mind. Students can enroll full-time, or complete the program at a part-time pace. Bloc also offers 80 hours per week of real-time access to an experienced developer to answer any questions students may have.

No prior development experience is required to enroll in Bloc, but a strong desire to learn and take on challenges will be important in each student's success! Bloc has a 100% acceptance rate, but is looking for students who are driven, hard-working, and ready to learn.

Career readiness is important to Bloc- their flagship Track programs include job preparation material and career prep workshops. Mentors will help students put together a portfolio and prepare technical interview questions. When ready, students work with the Career Support team to navigate the job search process with an individualized game plan and exposure to Bloc's Employer Network. 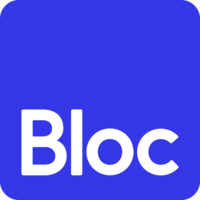 Complete this form to connect with Bloc